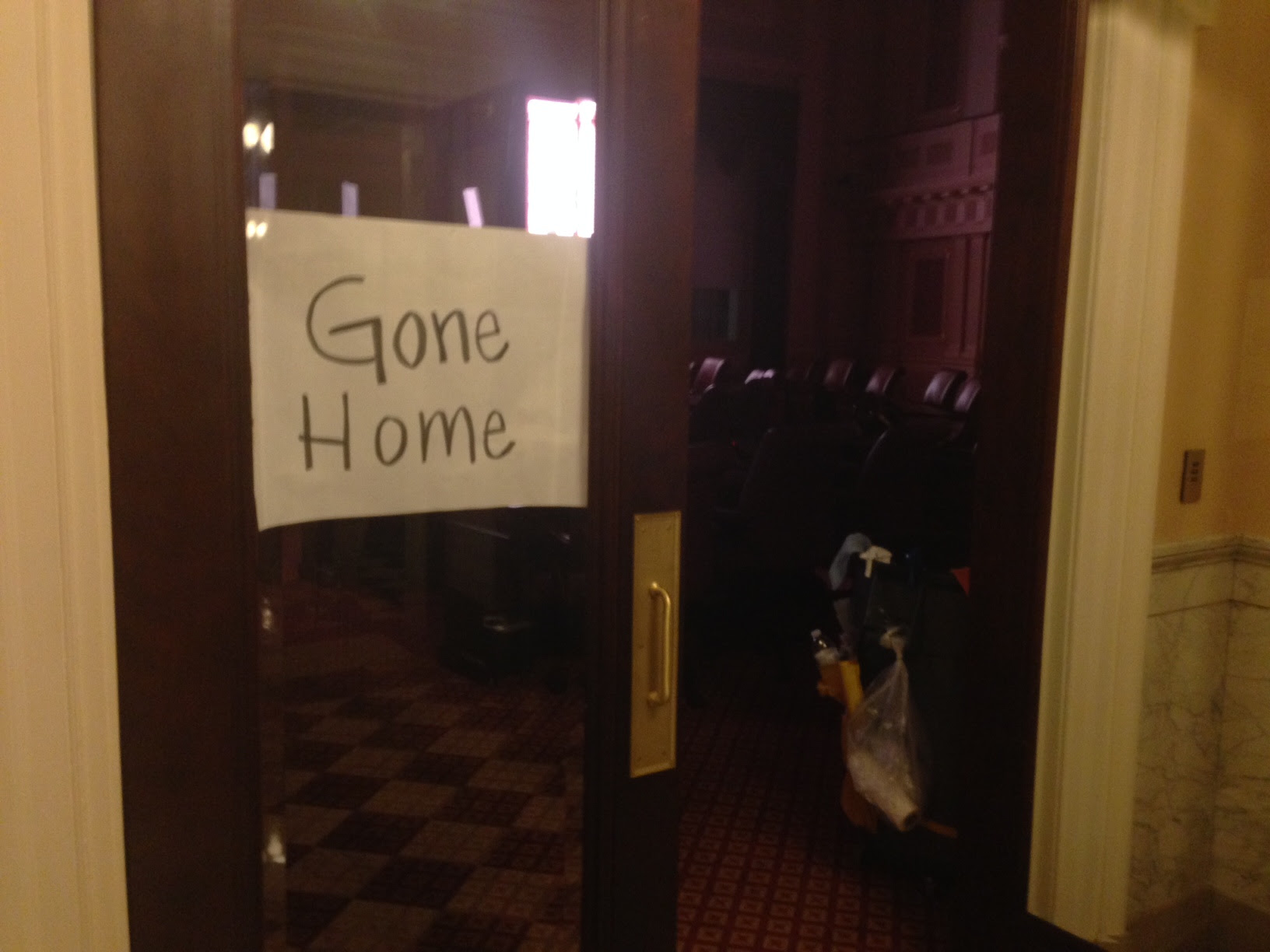 “The House budget passed tonight is a responsible, conservative budget that funds the core functions of government and puts the people of Virginia first,” said House Appropriations Committee Chairman S. Chris Jones (R-Suffolk). “Our budget includes a pay raise for our teachers, state employees and local state supported employees, as well as substantial funding for K-12 education, an additional $20 million to moderate to tuition costs and over $118 million to fund the health care safety net. Unfortunately, the Senate has left town and is not ready to begin conference negotiations on the budget.”

House Speaker William J. Howell directed a committee to notify the Senate of the passage of House Bill 5002. Majority Leader Kirk Cox (R-Colonial Heights) led Chairman Jones, Delegates Steve Landes (R-Augusta), John O’Bannon (R-Henrico) and Tag Greason (R-Loudoun) to the Senate Chamber, which was empty with the Senate having gone home for the next two weeks.

“We are deeply disappointed that the Senate has left town,” said Majority Leader Cox. “The House tonight fulfilled its obligation to pass a budget, but the Governor’s Democratic controlled Senate has left the Capitol. They are holding the budget hostage, refusing to pass a budget to fund our schools, roads, law enforcement and local governments unless we expand Obamacare. The budget is not a bargaining chip. Over 50 local governments, school boards and local government leaders who represent over 3.8 million Virginians are urging the Govenror and Democrats to drop their demands for Obamacare and pass a clean budget.”

“With the Senate at home, leaving local governments and Virginians without a budget, the House is here working. The Senate’s decision to go home represents the height of irresponsibility and demonstrates they are not serious about completing their work in a timely fashion. It is both disappointing and shameful,” said Speaker Howell. “We recognize that Republicans and Democrats disagree on Obamacare, but we should agree on funding for our teachers, roads, law enforcement and local governments. Virginians do not want our disagreement over Obamacare to delay the budget. We have offered a simple compromise: we should pass a clean budget, without Obamacare’s Medicaid expansion. The Senate should come back to Richmond and end this budget impasse and all of its uncertainty.”